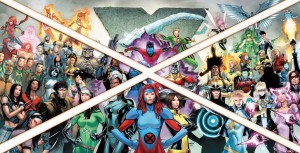 The franchise has been at war with wanting to forge ahead and create new wild ideas with the Marvel insistence on a reset to orthodoxy. There have been sporadically interesting books within there … Mike Carey’s run, Legion, Wolverine and the X-Men, and, to an extent, X-Men Blue, but on the whole I haven’t connected with X-Men in years, which is a shame when it’s your favorite comic. One problem was the sheer length of Bendis’ run, who told an ambitious, but unfilling, long term arc.
END_OF_DOCUMENT_TOKEN_TO_BE_REPLACED 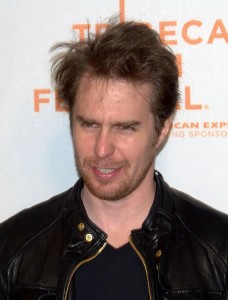 This is exactly why Sam Rockwell needs to play Jamie Madrox in an X-Factor Investigations movie.
END_OF_DOCUMENT_TOKEN_TO_BE_REPLACED

It’s a ghost town here. So have some drawings of literal superheroes, something I’ve been doing in my downtime. It’s what it sounds like: taking the name of the hero to the logical extreme:

It all started with a bored literal Spider-Man, almost taking Doppelganger too far: Then it snowballed from there …

END_OF_DOCUMENT_TOKEN_TO_BE_REPLACED

“Dredd” was robbed at the Oscars

… so join me and others demanding a sequel, including the publishers of “2000 A.D.” Because seriously, “Dredd” was amazing.

Doom DeLuise and I were talking the other night about the fact that Kevin Bacon is the new X-Men villain. After running down a (short) list, we settled on Mr. Sinister.

This was not exactly a tacit endorsement.

You see, the best reasoning we could trace back was to a particularly bad piece of cinema known as Hollow Man, perhaps the only time we’ve seen Bacon play a mad scientist. And with good reason: he doesn’t always come across as playing the brightest characters. So here we’re to believe Kevin Bacon is the greatest threat anyone has ever faced in the history of ever?

We’ve also got the un-Beastly Nicholas Hoult (who I last saw as a quite rail-thing lad in Skins) as Hank McCoy and some kid from something something Hannah Montana as Havok. I dunno. That link has the names of the people I don’t know.

I’m being a bit flippant here, I realize. It seems that they’re lining this movie up as a franchise saver. I mean, they’re even bringing in Banshee, which isn’t un-exciting. And where Sinister goes, Apocalypse often follows.

Anyway, here’s a Hollow Man clip. Is this the future Mr. Milsbury?:

Not in the “right” kind of creative for Doomkopf at this moment, but we might as well let our faithful readers get a sneak peek at the cover of an upcoming Entertainment Weekly. Lookin’ alright so far. It takes a lot of work to make a comic. But how much more work is it to make yourself into the comic, warts and all?

That’s the career Harvey Pekar had – a filing clerk and friend of Robert Crumb’s who took his day-to-day life and turned himself into the non-hero of American Splendor, later turned into a movie with Paul Giamatti. At times, it seemed a labor of love – a wonderful comic doomed to the underground by its warts-and-all approach to everyday mundanity.

But it’s had a huge influence since, demonstrating that comics weren’t just for the fantastic, but could be for anyone and everyone’s life. Maybe it’s mild hyperbole, but without American Splendor, there would likely be no Craig Thompson.

Mr. Pekar died earlier today. I obviously didn’t know him, but I knew his work. However, the best memorial I’ve read was on the pages of The Bomb Bag, the blog for comic writer and editor Jason Rodriguez, who collaborated with Pekar and his wife Joyce on the anthology Postcards:

I loved working with the two of them. Harvey wasn’t an email guy, our editing and storytelling was done over the phone. He read me the script and asked for edits on the fly. I had to have a drink in hand and two in the belly every time I called him, he was so intimidating to me. I loved his work for most of my life, how do you edit someone that you idolize like that? I gave some suggestions and we sent the story off to Matt Kindt. It was the story of his marriage to Joyce told via postcards. It was touching and sweet and Matt brought life to it. I love the pages. I have one hanging in my office right now.

I fucked up a bit as the book was going through production. Well, fucked up a lot. I was so enthralled with Harvey as the centerpiece that I stopped properly attributing Joyce. Joyce let me know that I was being an asshole and I tried my best to salvage the situation. I apologized. A lot. To Joyce and Harvey. Harvey told me I was making good, just don’t ever do anything stupid like that again. I promised him I wouldn’t.

The book came out and it didn’t do too hot. That, combined with a bunch of other shitty circumstances knocked the wind completely out of me. I lost a lot of enthusiasm for comics. I became embarrassed and quite depressed. I still am, honestly. Whenever I talked to anyone in comics I felt like I was given the opportunity of a lifetime and I completely threw it away and that everyone knew it. So I stopped talking to folks because it was easier. I even stopped talking to Joyce, something that still eats me up. We were working on things, or at least talking about working on things.

Harvey’s death is kicking my ass. On the one hand, he was a great and talented guy who did a lot for me just by agreeing to work on an 8-page story. On the other hand, it makes me think about my perpetual state of anxiety that I’ve been in ever since. Harvey was a guy that did it despite the odds, and I couldn’t even get over a couple of minor hurdles. The man survived cancer, I was sidetracked by a bad review and a string of annoying months. I wanted to be Cyclops, but on allowance wages, that was a bit much to buy in raw material. But hey, I had the right stuff for Wolverine, by which I mean yellow basketball uniforms and plastic milk jugs.
END_OF_DOCUMENT_TOKEN_TO_BE_REPLACED

Posted in reviews by Doominator

Over the last decade, Chris Claremont’s track record at Marvel has been poor. Heck, since leaving X-Men in 1991, his comic writing in general has been poor. Two words: Sovereign Seven.

So when I heard about X-Men Forever, where-in Claremont is going back and rebooting the X-Men as if nothing had changed since he left way back when. That means no Onslaught, no Marrow, no Bishop, no Bastion, no Fantomex, no Nano-Sentinels. Cable may be many things, but in this version of events, he’s certainly not Nathan Summers. Why? Because a young child roams around by that very name.
END_OF_DOCUMENT_TOKEN_TO_BE_REPLACED

My own webcomics recommendations

Posted in reviews by Doominator

MG Doom recently made a very valid point that it’s hard to wade through the thousands of web comics to find a few gems. But I’ve also covered my love of xkcd here previously.

So, dear readers, you may be wondering “What should I read?” Well, here’s the unqualified opinion of somebody who owns all four issues of X-Men vs. the Micronauts:
END_OF_DOCUMENT_TOKEN_TO_BE_REPLACED