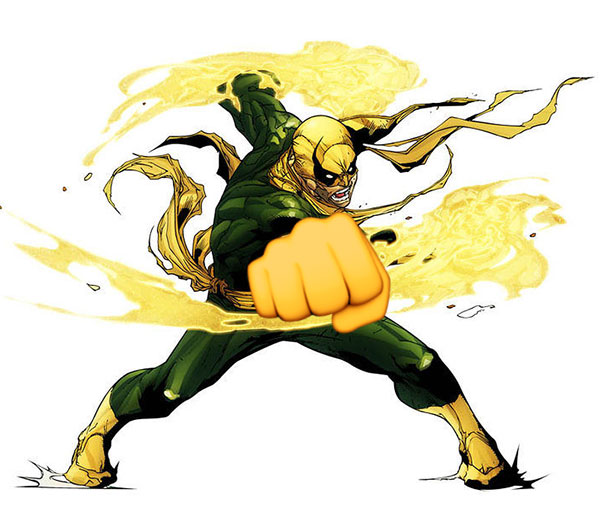 Welcome to I-Earn Fists, the review of Netflix’s Iron Fist, where I assess attributes of each episode based on how many fists they earn. Given the limitations of the human body, these assessments will be made on a scale of zero fists to two fists, where earning zero fists means “bad” and earning two fists means “great” and earning one fist means “okay.”

Scratch that, I haven’t reviewed a thing yet, so let’s change the rules. Fists will now be earned based on punishment that needs to be dealt. If you earn zero fists, you’re doing all right! But if you earn ten fists, you’ve earned yourself a beating!

I’ll tell you why I called this audible: I expect bad things from this show. It’s terribly reviewed, but garbage like Daredevil got pretty positive reviews. If something as bad as Daredevil gets good reviews and this thing gets piled on, it’s probably going to earn a lot of fists.

Before watching a second of this show, I will tell you that I love Iron Fist, the comic book character. I became a fan late during the Brubaker / Fraction run, and I despise his rendition in the recent Power Man and Iron Fist series, where he’s little more than comic relief.

There, that’s how it’ll work. Spoilers and fists follow.
END_OF_DOCUMENT_TOKEN_TO_BE_REPLACED