The news this week that four New Japan stars may soon be headed to WWE has sparked some unexpected and intriguing speculation about WWE’s plans for this talent, particularly revolving around the former members of New Japan’s Bullet Club.

It’s the kind of thing that has me completely flipping my opinion on whether I’d like to see Finn Balor in WWE. 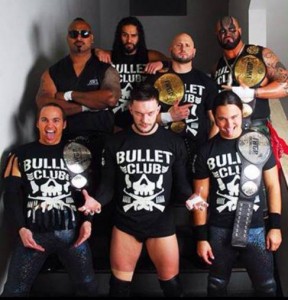 Prior to this week, if you’d asked me if I’d like to see Balor get called up to the main roster, I’d have said “No” without hesitation. Whether it’s the embarrassing mishandling of money main-eventers (Sasha Banks) or the midcarders who still deserve better than instant obscurity (Tyler Breeze), it’s becoming increasingly clear that the creative force(s) driving WWE’s main-roster product have absolutely no idea what to do with NXT talent.

But the prospect of putting Balor at the helm of an American version of the Bullet Club on WWE TV has me more excited for potential storylines on Raw than anything has in a while–because Balor and a Club of talent that got big in Japan on WWE’s main roster would signal that they’re finally recognizing top talent can come from somewhere else. It’d be indicative of a perception shift that hasn’t budged since roughly May of 2001.

That excitement is because I’m getting ahead of myself. It’s making some assumptions as to what kind of acquisition this is. And there’s pretty good reason to assume this isn’t the kind of acquisition I’m excited about.
END_OF_DOCUMENT_TOKEN_TO_BE_REPLACED