Have you seen the new Aquaman photo? 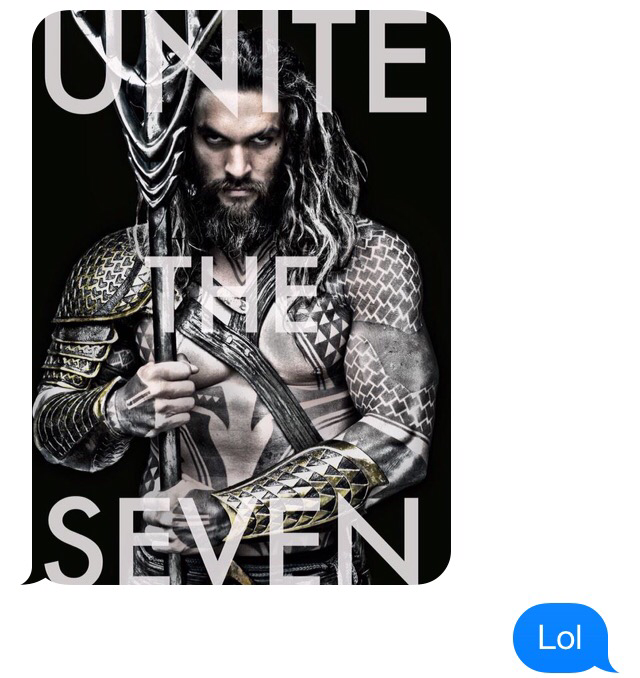 Welcome to my annual blog round-up discussion thing for all the upcoming superhero movies of the coming year!

This last year (2014, duh) was a pretty big one for superhero movies, with two of the top three grossing movies at the box office featuring men in tights battling the forces of evil.

Predictably, those were a couple of Marvel Studios products: Captain America 2 and Guardians of the Galaxy. And not only were they wildly successful money-wise, but they were also really cool movies, to boot!

Sure, they both ended with giant spaceships or helicarriers hovering in the skies above a couple of major cities, raining hellfire down upon the innocent people below, but only one of them threatened the entire world with destruction. The other just sort of threatened the greater Washington D.C. metropolitan area.

Now that’s what I call restraint! And I applaud Marvel for changing up the formula from time-to-time.

The only other big superhero movie from last year that managed to be a heck of a lot of fun was X-Men: Days of Future Past. Surprisingly, it’s not a Marvel Studios property (it’s one of two Marvel franchises still produced by 20th Century Fox – – the other one I’ll get to in a minute), yet it still managed the feat of not being bowling-shoe ugly.

As a matter of fact, now that it’s all said and done, I think it was my favorite of the three good superhero movies of 2014, though it’s a very close call.

Of course, before we move on, I would first like to point out that X-Men 7 was the only surprise of the year. The Amazing Spider-Man 2 and Transformers 4 were predictably terrible, though they somehow were even worse than I expected they’d be.

We haven’t written reviews of either of them on Doomkopf yet, but real quick, I’d like to make it absolutely, 100% clear: Those movies were two of the worst movies ever made, superhero or otherwise. I can’t simply mention them, say they were bad, and then magically move on. I need you to understand this: Those movies were offensively awful.

Hopefully nothing that bad will come out in 2015, right?

Now, you may remember at the end of last year that all the Marvel and DC properties in production were given release dates, so that their schedules are now meticulously plotted out until the year 2072.

Of course, those release dates are subject to change, I’m sure, as nobody really believes we’ll ever see a Cyborg movie, because obviously. And the way the Suicide Squad production has been moving, it might have to be pushed back (apparently, nobody wants to star in what will inevitably be a depressing, angsty piece of over-crowded trash – – who knew?).

But, for the most part, we have things mapped out. We will be getting about a dozen superhero movies per year, from now until the end of time. It’s the way things are now. It’s what we do.

The question, however, is whether or not they’ll be any good.

And that’s where I come in. Now, for your reading pleasure, a chilling vision of things to come: END_OF_DOCUMENT_TOKEN_TO_BE_REPLACED