Because of work trips and other general busyness, I fell behind on virtually every comics series I was buying, which then impeded my ability to get back on a weekly schedule. These Non-Doomino Effect entries will be an attempt to chip away at the stack so I can get back to the normal routine. Up first, Thanos 1-4. 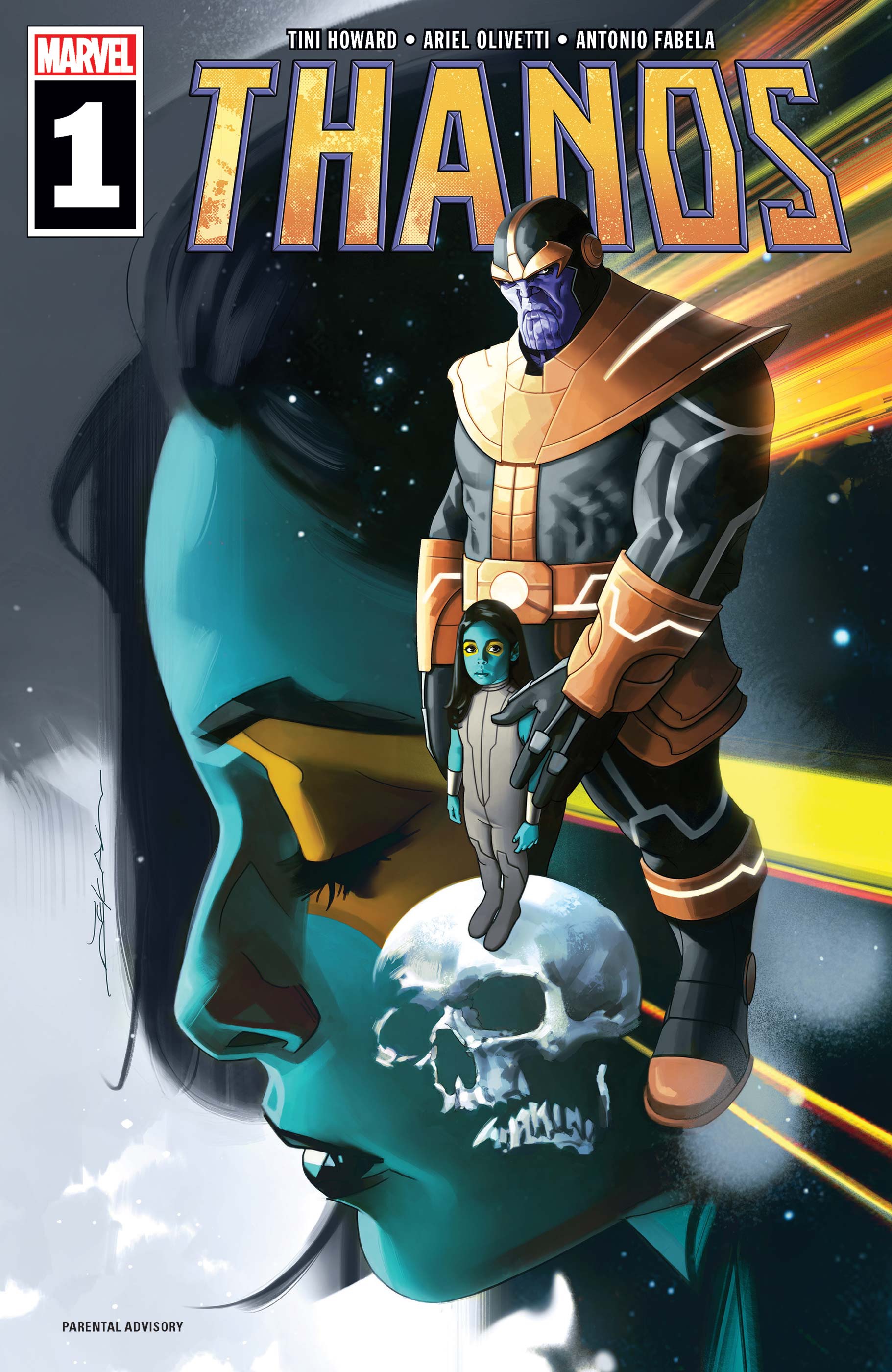 I had been reading the Thanos series by Jeff Lemire and Mike Deodato at some point in the past few years (they all kind of blur together) (the years, that is) (well, and the comics too) and loved it, and to be honest, I’m not entirely sure when that ended and a new one began. Last I really remember, Thanos was dying? But then in one of those other events, I believe Gamora chopped off his head. I do remember him being dead and headless, because that condition seemed to be a catalyst of the new Guardians of the Galaxy series, which I’ve been enjoying.

This series–while titled Thanos–really seems to be an origin-of-Gamora series that just so happens to revolve around Thanos. You’ve got the mad Titan and some “young” members of the Black Order (Ebony Maw and Proxima Midnight to be exact) drifting rather aimlessly–both literally and emotionally–through space, killing people but just not really feeling it. Then this young prisoner/adoptee enters the scene and complicates things for everyone.

So far it’s really kind of a charming story of the genocidal Thanos and his adopted daughter, getting a sense of each other in spite of their terribly misaligned pasts. Tini Howard has so far done a great job with the tone, as that tension can be hard to pull off and hard to keep from teetering into odd-couple humor.

I don’t really remember buying this, but I’m going to keep buying it. Good stuff.