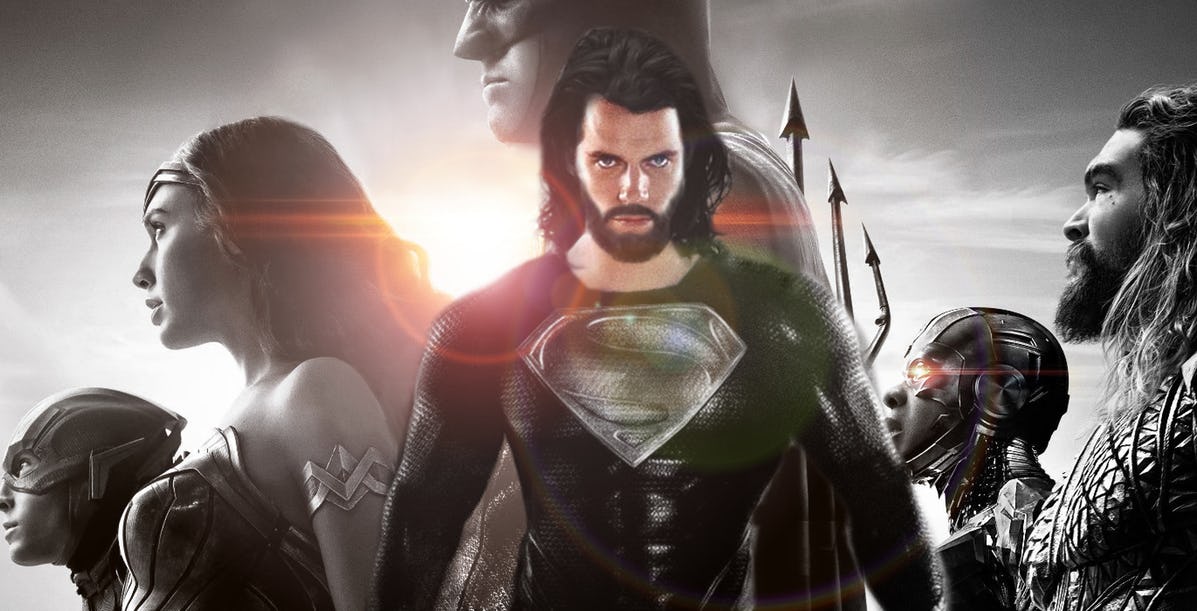 But I digress. While it’s a stupid quote, it’s by no means the worst thing Snyder said in his Q&A last weekend.

No, that might be the quote about how he originally intended Batman and Superman to make peace at the end of Batman v Superman. Rather than realizing they both have mothers named Martha, the original plan was for them to realize they both have the SAME mother named Martha.

“And it was actually [screenwriter] Chris [Terrio] who told me, he goes, ‘You know, just saying… is it weird that they both, their mothers have the same name?’ I was like, ‘That’s crazy! Is that true? That is true.’

And so that’s kind of how the conversation started, it’s as simple as that. So that’s kind of how it started, and then we started to talk about how it could work, and if it was Lois that said it, maybe it’s better, it’s that kind of thing. Look, it’s a mythological construct, I have no problem with that part of it.

[From there, we] mulled over an idea that maybe Martha [Wayne] didn’t die, and that she got put into Witness Protection in Kansas.”

Let’s just move on from that, if we can.

So after he talked a bit about that scene – he was there to discuss BvS, naturally, since he was screening the Director’s Cut (not to be confused with the Snyder Cut) – he started talking about what his version of the Justice League would have looked like.

“The truth is that the ‘Knightmare Sequence’ in [Batman v Superman], it was my idea that all of that would eventually be explained – is that a surprise?

And that we would end up in the distant future where Darkseid has taken over Earth, and where Superman has succumbed to the Anti-Life [Equation]. And there were a few members of the Justice League that survived to that world, and that they were fighting, Batman and a broken half of Cyborg – there’s only half of him because of whatever happened – they were working on an equation to jump back to tell Bruce… those were the things that we were dealing with. And the studio, they were still sort of into the big look, but the deep depth about how and why everyone was mad at each other…

[And] Lois – and it’s in the Justice League teaser; it wasn’t in the movie apparently… it’s this line where Bruce says, ‘I was right here, and Barry Allen came to me and he said ‘Lois Lane is the key.’ And then [Wonder Woman] goes, ‘She is to Superman; every heart has one.’ And he goes, ‘I think it’s something more, something darker.’ And what it means is that the thing that was darker was all about if Lois died, Superman would succumb to the Anti-Life, right? And Superman knew that somehow it was Bruce’s responsibility to protect Lois, he would’ve been mad at him in this movie, and that’s why he says, ‘She was my world, and you took her from me.’

Because [Bruce] had to jump back right before Darkseid Boom Tubes into the Batcave to murder Lois.”

So, to recap: Darkseid Boom Tubes (it’s a verb now) into the Batcave to murder Lois (no complaints there), Superman blames Batman for it, and then he loses his mind, succumbs to the Anti-Life Equation, and the world is overtaken by Darkseid’s minions while the Justice League mostly falls apart.

Years later, we meet up with Batman and Cyborg, in Knightmare World, and they’re planning on sending Flash back in time to BvS, in order to warn Batman about how to prevent all of that from happening.

According to an interview with Kevin Smith earlier this year, the Justice League was also originally conceived to be a trilogy of films, with the first one ending on a shot of the League seeing Darkseid through a Boom Tube.

From there, the series would have gone cosmic, with the introduction of the Green Lantern Corps and Apokolips, and then the third movie would have been the Knightmare stuff, with the Justice League’s last stand against Darkseid and his army.

All of that sounds like a load of freaked-out gobbledygook that would make Grant Morrison jealous, but it also dispels the notion that there’s some sort of complete “Snyder Cut” floating around out there, where all of this stuff happens, we never see Superman’s CGI-shorn upper lip, and fanboys can rest easily knowing that their favorite superhero properties haven’t been irrevocably tarnished.

It’s just not possible that all of that – or even most of that – was put to film.

But it should have been.

Now, don’t get me wrong: I hated Man of Steel, and I loathed Batman v Superman.

And I don’t think that the series would have somehow eventually gotten better, not with an inept moron like Zack Snyder at the helm.

But I’m 100% in support of letting an – and I’m going to put this in quotation marks because I’d feel dirty without them – “artist” finish their work.

If you’re a Warner Bros executive, and you hired Zack Snyder to direct his version of the Justice League, by god, let him finish. Don’t cut him off before his ridiculous “vision” (again, had to use the quotes) is complete.

Obviously, don’t hire him in the first place, but once you have, let him finish.

I mean, say what you will about these ideas – and you can say plenty, because they’re really bad – at least they’re cohesive. At least the story threads that were introduced in previous movies would have eventually been tied up in a complete story.

Instead, they got cold feet after seeing the critical response to BvS, and they wimped out. They hired noted sex monster Joss Whedon – who, by the way, flew way too far under the radar during #MeToo – and fans were given a tepid piece of trash with the brightness turned all the way up in post production.

Whatever they had to do to let the original story be told – even if it meant delaying the release of the first film in the series by a year or more – they should have done it.

Yesterday, I was talking to my brother about this idea, and he said something pretty profound (IMO). He said, “Marvel ruined superhero movies by convincing everyone that they have to be good and perfectly executed to fan expectations.”

On the surface, that might sound dumb, so I’ll pause and let you re-read it real quick.

Think back to the early-2000s. Superhero movies were coming out with increased frequency, thanks to the success of the first X-Men film, but nobody had any idea how to make a good one yet.

So we were treated to a bunch of weird failures. But the beautiful part was that each failure was a failure for its own reasons.

Ben Affleck as Daredevil was hot garbage, but it was a different version of hot garbage than Halle Berry’s Catwoman, or Ang Lee’s Hulk. Can you even IMAGINE a movie like that coming out today, where every transition is done to look like you’re moving from one panel to the next in a comic book?

It’s an ambitious idea. It failed miserably, but it was unlike anything we’d seen before or since.

Or take Tom Jane’s Punisher. Former Doomkopfer Jean Claude Van Doom has given me a lot of crap over the years for liking the movie (because it’s terrible), but I love how it’s basically a(n extremely) campy version of a Charlie Bronson movie.

It appeals to some people, but it’s not for everybody.

But now that Marvel has perfected the formula, it’s becoming increasingly rare for anybody to try anything new with this genre, because now these films *have* to appeal to everybody.

Don’t get me wrong here. I realize Marvel has been branching out recently with their formula. They’re taking (calculated) risks within the confines of that formula, and it works really well most of the time – Thor: Ragnarok is a perfect example.

But I’d love it if other studios were still willing to take big, ridiculous risks on these properties, rather than just copying Marvel’s formula (Venom doesn’t count – it ends with Venom fighting a bigger Venom, which adheres so closely to the Marvel formula that you can nearly see the numbers underneath the paint).

And that’s what The Snyder Cut sounds like it would’ve been – a big, ridiculous risk.

It would have sent us to outer space, an alternate universe, introduced time travel and inter-dimensional teleportation, and several of the main characters would have died.

I’d rather see that series than the unremarkable, dull garbage that eventually wormed its way into cinemas in 2017.

A big ambitious swing-and-a-miss is way more interesting to me than Whedon’s watered-down version of the League, and, judging by the reactions of the DC fanboys online, I’m not alone.

While it’s not a perfect movie, and I absolutely hated it when I watched it, Aquaman is at least a step in this direction.

Hopefully it’s the first of many more risks to come.

I can dream, anyway.

3 Responses to The Case for the Snyder Cut