Loki is Alive and Well in Infinity War

Before we start, I think I should probably slap a spoiler warning up here. What is to follow is entirely speculation, but I feel like it’s so completely plausible that it might actually end up spoiling a significant plot twist in the upcoming Avengers: Endgame. 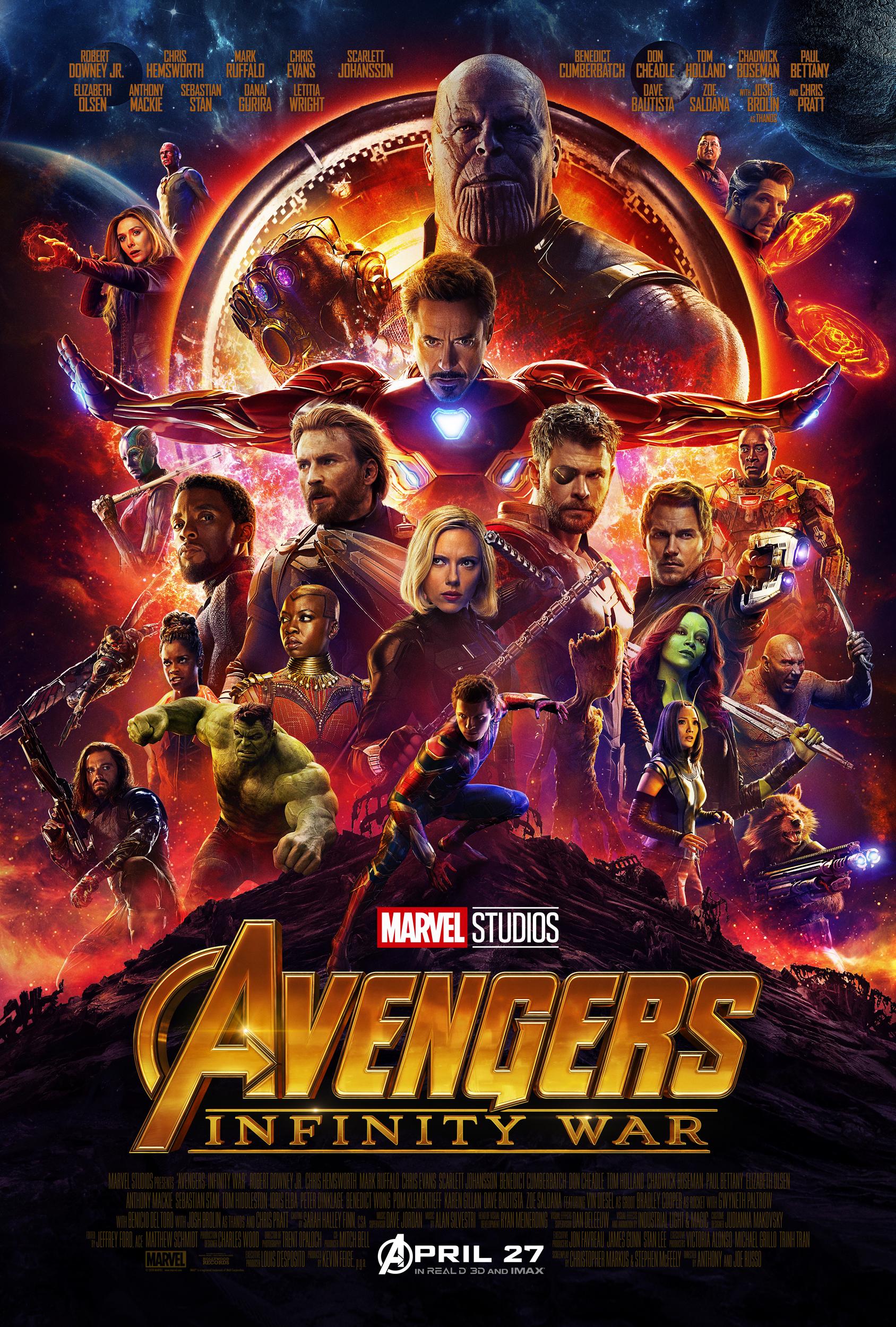 If you recall, back in the last Avengers movie, Infinity War, when we first meet the Guardians of the Galaxy, they’re answering a distress beacon.

As they arrive at the beacon’s source, they find the wreckage of the Asgardian ship Thanos just destroyed earlier in the movie, and they also find Thor.

They bring him aboard their ship, so they can ogle him while he’s sleeping, like a team of little Sandy Bullocks, and so that he can recover from whatever left him adrift in the first place.

After he wakes up, he’s rummaging through the ship’s food and whatnot, and the team starts questioning him about what’s going on.

He explains to them that Thanos is collecting the Infinity Stones.

Also, it’s widely known that the Reality Stone has been safe with the Collector on Knowhere for quite some time. Since that’s common knowledge, you can expect that’s where Thanos is headed, to collect the Stone.

Quill interjects and says, “If it’s with the Collector, it’s not safe. Only an idiot would give that man a stone.”

Thor replies, under his breath, “Or a genius,” and the scene moves quickly on.

Let’s stop here, though, and flash back to Thor: The Dark World – the second in his standalone series – for just a moment.

At the end of that film, it’s revealed that Loki is alive and well and posing as Odin, an imposter sitting atop the Asgardian Throne.

A few minutes later, in the post-credits scene, Lady Sif and Volstagg bring the Reality Stone to The Collector.

If memory serves, that’s the first time in the entire series that they mention the Infinity Stones by name, too, when Volstagg says the Tesseract is on Asgard, and it’s not safe to keep the two together.

Presumably, Lady Sif and Volstagg were sent with that delivery by order of Odin – they’re not high-ranking enough to make a decision like that on their own. And since we just saw that Odin is now Loki pretending to be Odin, we can connect the dots here.

Loki gave the Reality Stone to the Collector.

So when Thor says, in response to the claim that only an idiot would do that, “Or a genius,” he’s making a snide remark in his own defense, because he’s actually Loki.

Loki is posing as Thor throughout the entirety of Avengers: Infinity War.

Back with the Guardians, as the scene on the ship continues, Rocket decides to join “Thor” in his quest to forge a new hammer, and the rest of the Guardians decide to go to Knowhere, to stop Thanos.

Since when would Thor turn his back on a group of heroes going after the big bad guy? He’d go headlong into the fight without a plan and figure it out as he goes.

As the scene breaks up, Quill even says to Rocket, “I know why you’re going with him – it’s because it’s where you know Thanos isn’t.”

He’s accusing him of doing the cowardly thing – running away from a fight. And Thor’s supposed to be way more virtuous than Rocket (a scoundrel if there ever was one), yet he’s leading the charge on this cowardly mission?

Furthermore, Thor could’ve made a real difference if he’d teamed up with the Guardians of the Freakin’ Galaxy. But no, he has other plans.

And of course he does. Loki has always been the type to hatch plans on his own. He doesn’t buy into all that teamwork nonsense. If somebody’s going to take down Thanos (and it’s going to be him), he needn’t waste his time with a bunch of peasants on their futile suicide quest.

But, wait, you might say, if this is all actually Loki, and he heads off to forge a new magic hammer, would he even be worthy of wielding it? After all, he’s not virtuous like his brother.

Let me see what the Russos have to say about that: 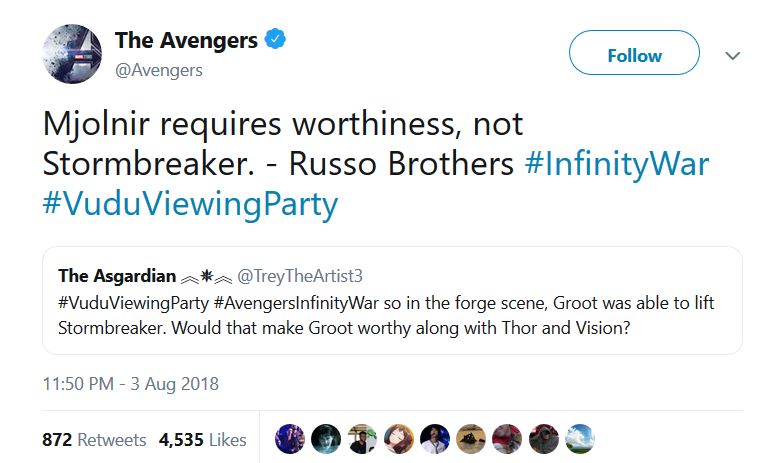 Ok, but after Loki forges his new magic hammer, what’s his plan from there?

Most importantly, why is posing as Thor necessary for this plan to work?

I think his plan has a few different components to it, like any good Master Plan.

First, Thor is a beloved character. Loki, on the other hand, is a super-villain on Planet Earth. After what happened at the end of the first Avengers, he’s not welcome there.

Last time he even visited, in Thor: Ragnarok, Dr. Strange had him in his Sanctum within a few minutes, wondering why he was there and wondering when he could leave.

Posing as Thor gets all that heat off his back.

Secondly, it also allows him to be in the right place at the right time, more likely than not, when the Avengers fight Thanos.

Loki knows that’s going to happen, eventually, and he knows that Thor will be right in the thick of that fight, which will give him ample opportunity to pull off the final part of his plan:

Loki is going to steal the Infinity Gauntlet.

Didn’t it seem a little too convenient, when he died in Infinity War? Didn’t it feel a little unresolved? Like we were waiting for the Prestige?

We’ve seen him pull stunts before where we thought he was somewhere, but he actually wasn’t. Wouldn’t the God of Mischief have one last trick up his sleeve when the biggest bad guy in history shows up?

I think we’d be wise not to underestimate him.

Of course, one big part of this theory that’s missing is what actually happened to Thor. If Loki has taken his place during the events of Infinity War, how has he been keeping himself busy?

For all we know, he’s still adrift in space somewhere with Valkyrie and Korg.

Or maybe they’re concocting a plan of their own to bring Thanos down.

Or maybe they’re in on Loki’s plan, and he really is reformed, and whatever they’re doing is working in concert with Loki.

But I almost feel bad for writing it. I don’t really want to post it. I feel like this theory fits so well that I might actually be spoiling one of the biggest twists of the entire franchise.

The main point I want to emphasize here, though, is that this is purely, 100% speculation.

I also think I’m going to be proven completely right.

Still aren’t convinced? Keep reading. Head on over to Part II to see what Loki’s plan is all about.